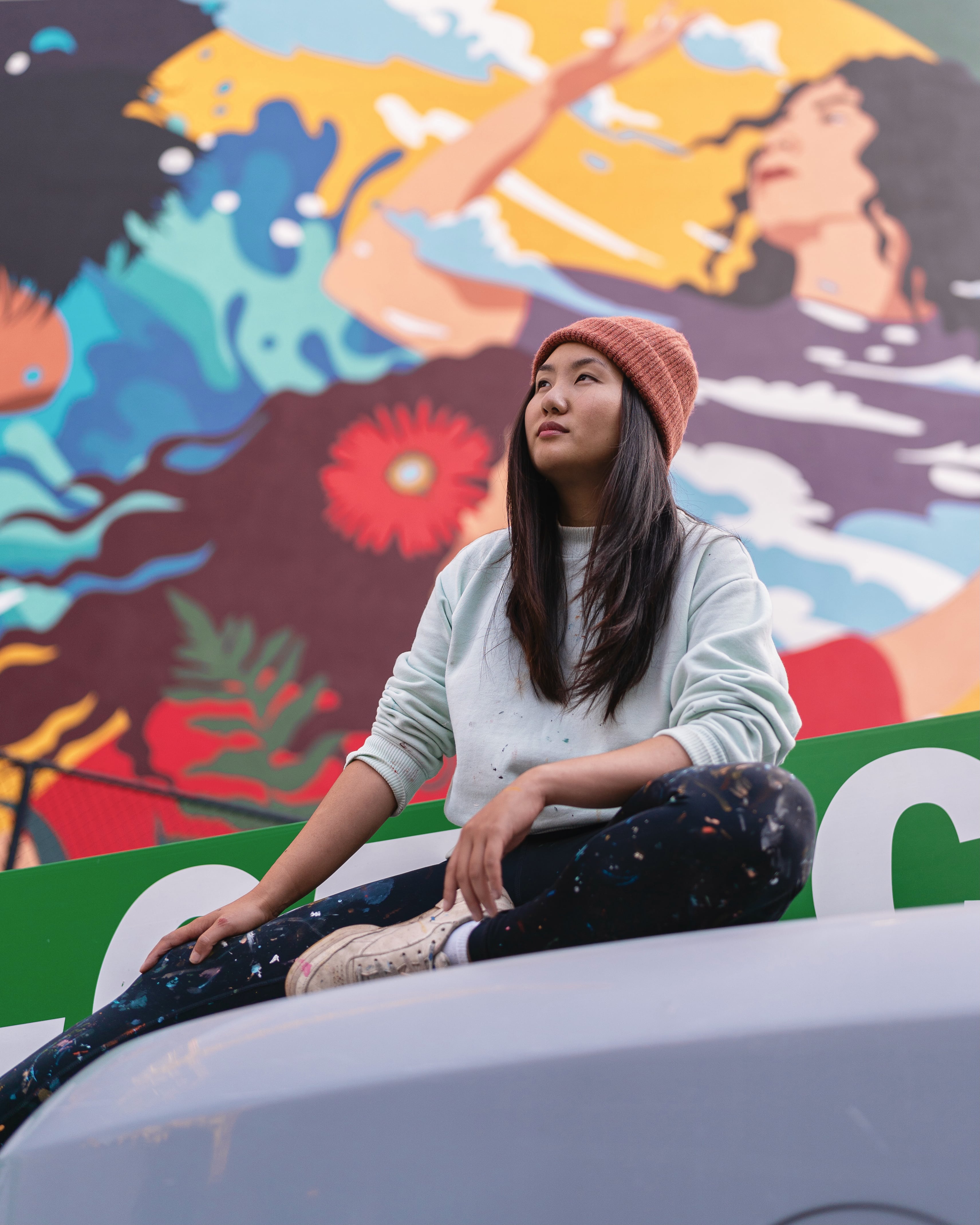 Amanda Phingbodhipakkiya is a multidisciplinary artist, educator, and activist. As artist-in-residence with the NYC Commission on Human Rights, Phingbodhipakkiya’s art series celebrating the resilience of the AAPI community, I Still Believe in Our City, reached millions in New York City and worldwide through her Atlantic Terminal billboard, subway domination, and social media amplification. In the wake of the Atlanta shootings in March 2021, art from the series appeared on the cover of TIME magazine. From large-scale murals, augmented reality (AR) experiences, 3D printed sculptures, and interactive installations, Phingbodhipakkiya makes the invisible, visible. She has explored microscopic universes, familial memories, and the power of collective action, challenging viewers to rethink the world around them and revealing the often unseen depth, resilience, and beauty of marginalized communities. Her work has been shown at the Cooper Union, Times Square, Google, Lincoln Center, and recognized by The New York Times, Fast Company, and the Guardian. She has received support from the Sloan Foundation, the Café Royal Cultural Foundation, and the Jerome Foundation. Her work is held in permanent collections at the Goldwell Open Air Museum, the Library of Congress, the Museum of Chinese in America (MOCA) and the Victoria and Albert Museum in London. Earlier in her career, Phingbodhipakkiya worked as a researcher studying Alzheimer’s Disease at Columbia Medical Center and received her MFA from Pratt Institute. She is currently working on FINDINGS, a national mural series celebrating women and science, in partnership with the Heising-Simons Foundation.