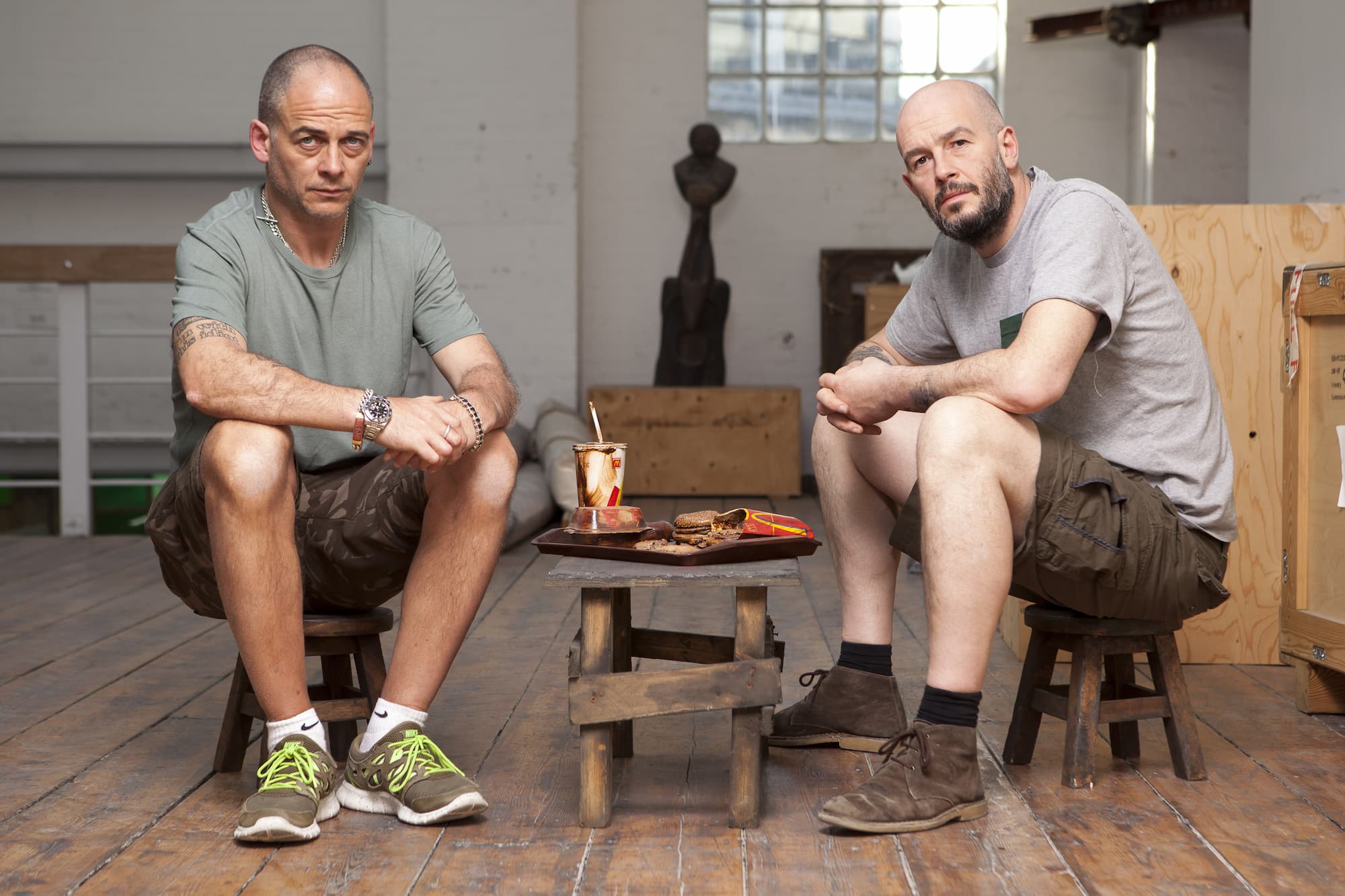 Brothers Jake and Dinos Chapman are sculptors, printmakers, and installation artists who work together as a duo. Having graduated from the Royal College of Art in London in 1990, their first critical success was Disasters of War (1991), a diorama-like sculptural piece comprised of reclaimed plastic figurines arranged to resemble the scene from the Francisco de Goya (Spanish, 1746-1828) painting of the same name. The Chapman brothers worked as assistants for another well-known British artist pair, Gilbert and George (British/Italian, b.1943; British, b.1942); despite this connection, the two sets of artists work in distinctly different styles. The work of the brothers Chapman is often darkly humorous, hostile, and subversive, and the artists are cited as describing viewers’ laughter and reaction to their works as more significant than the work itself. In addition to their dioramas, the Chapmans are known for their mannequin-like sculptural works, which often resemble conjoined Barbie dolls and feature genitalia in unexpected places. By finding inspiration in both high culture and mass culture, such as Hieronymus Bosch (Flemish, c.1450-1516) and McDonald’s fast food, the Chapmans bring both gravity and comedy to their work. Their art has been exhibited in venues around the world, such as the Gagosian Gallery in New York, the White Cube Gallery in London, the Tate Britain in London, the Triumph Gallery in Moscow, and PS1 Contemporary Art Center in New York, among many others. The artists live and work in London. 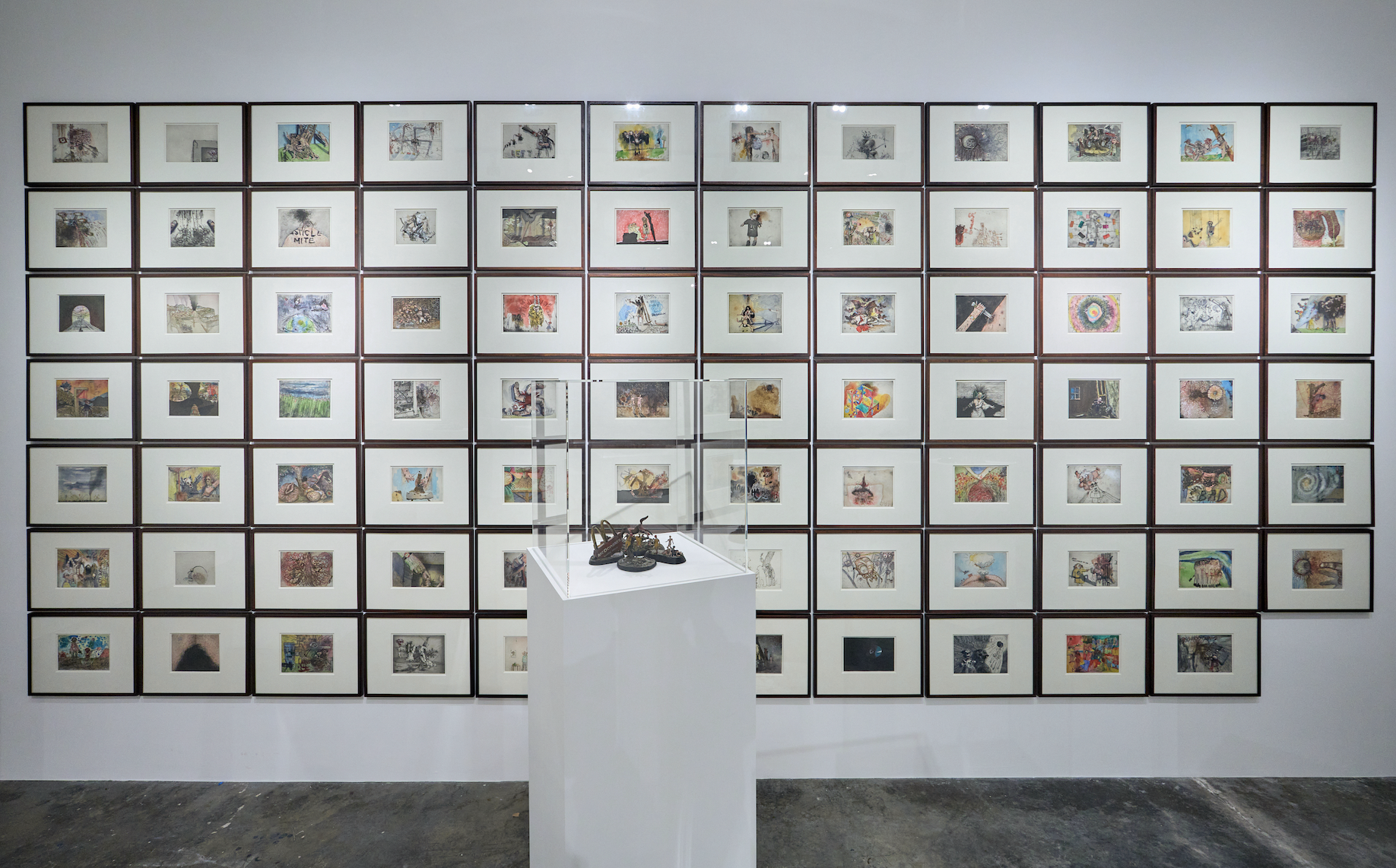 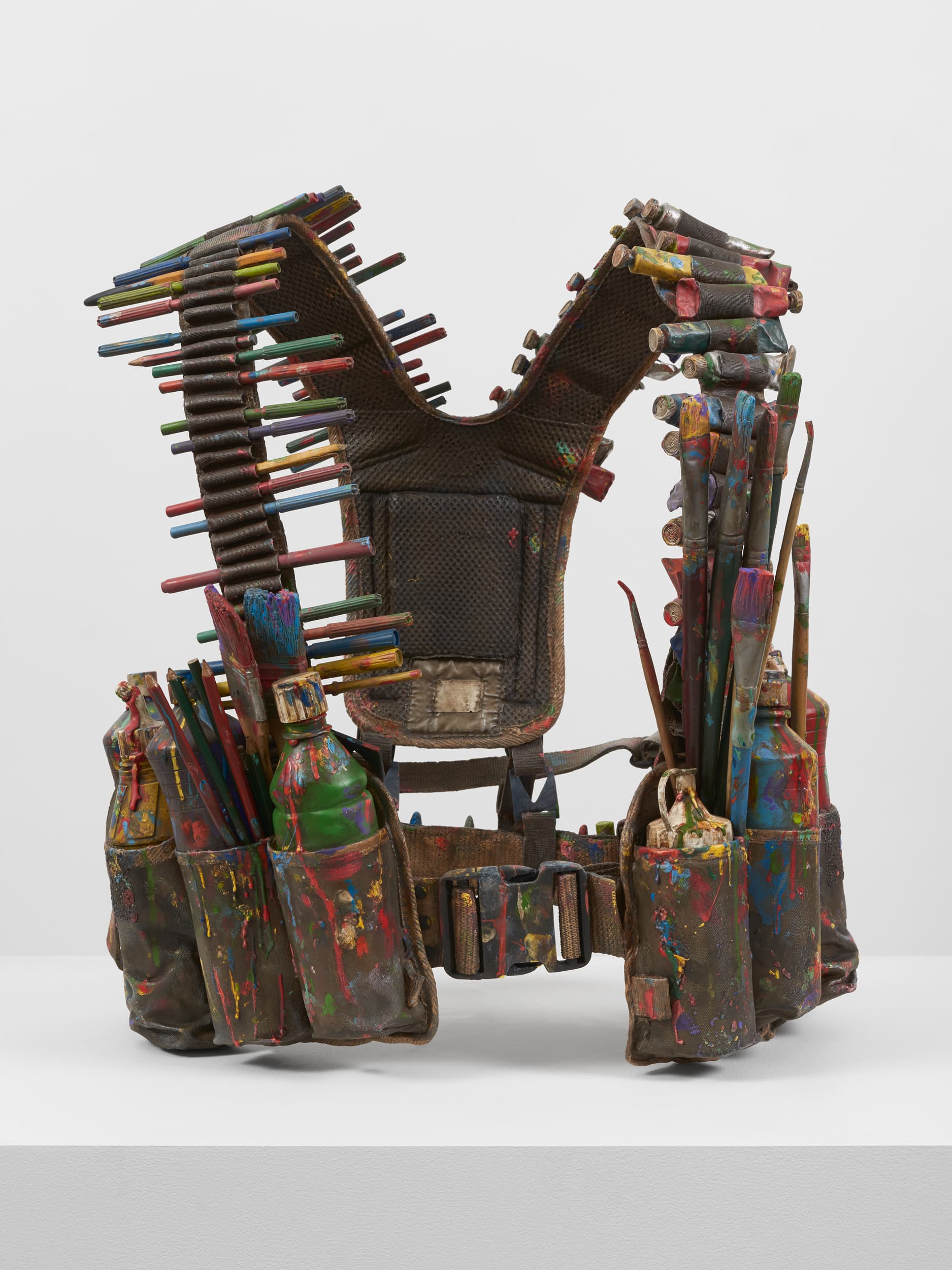