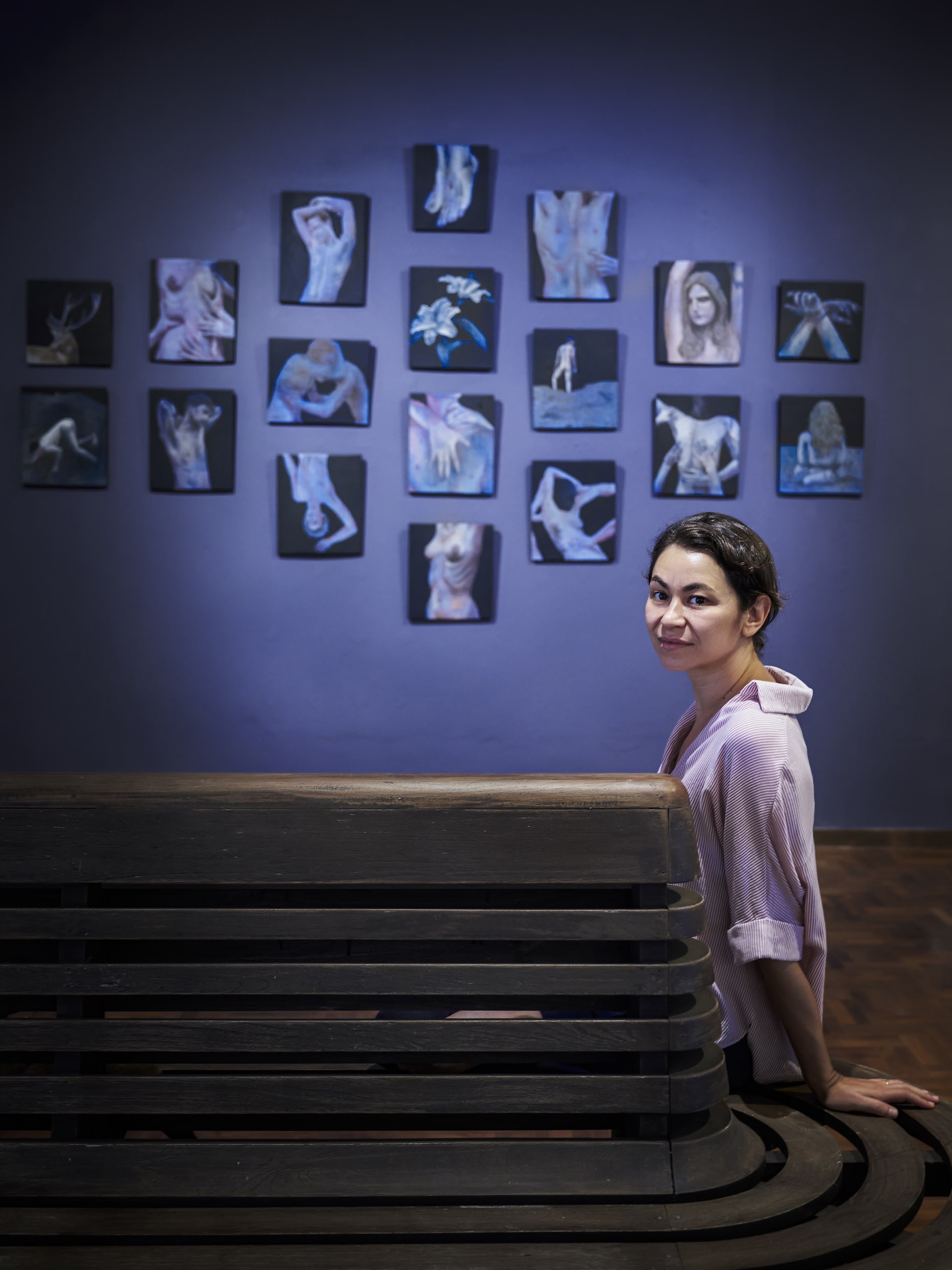 Director of the Toot Yung Art Center since 2008, Myrtille Tibayrenc has become well known for her unconventional curatorial projects, and more recently for her work as an artist following an acclaimed debut at Serindia Gallery in Bangkok in 2017. Since then, she has regularly exhibited at both unorthodox sites and established venues in Bangkok and Chiang Mai. With the current closure of her art center during the pandemic, she has come to increasingly focus on her painting career.Tibayrenc is a French citizen and grew up in Bolivia, the US and France. She graduated from the Ecole des Beaux Arts in Dunkirk and continued her arts training at the Ecole des Beaux Arts in Marseille, before moving to Thailand in 2006. Her figurative work, inspired as much by observation and photography as by images yielded from the web, is painterly and provocative. She works in large series, creating clusters of paintings resembling ex-voto walls found in churches. Each painting, at times very small, is worked like an icon, on wood or canvas. Composed of a strong central figure with a bare background, her technique and choice of subjects are directly inspired by renaissance masters enhancing both the timelessness and anachronism of her images.