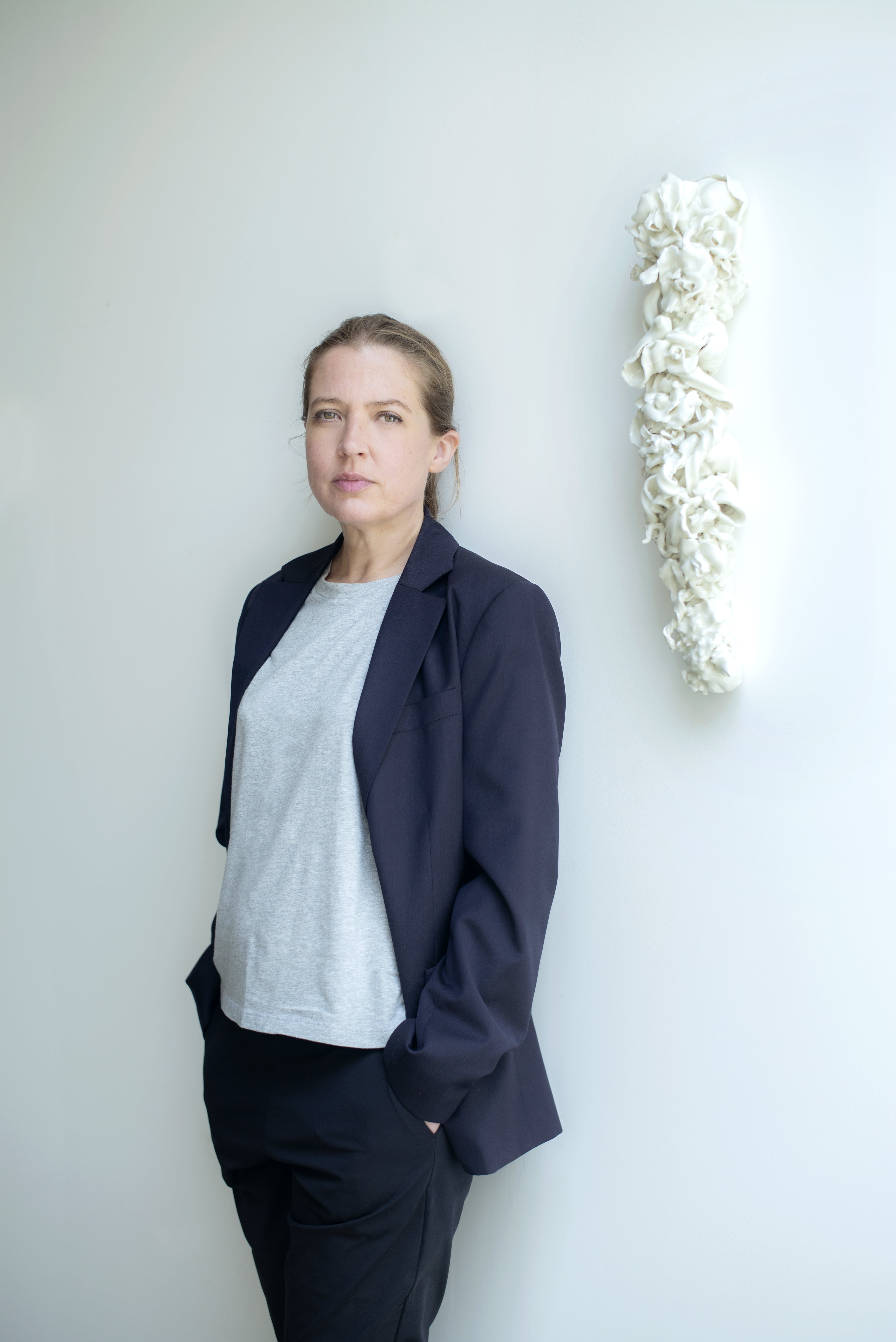 Rachel Kneebone's work addresses and questions the human condition: renewal, life cycles and the physical body. Working primarily in sculpture that embraces the unpredictable nature of its medium – porcelain – Kneebone focuses on ideas of movement and metamorphosis, transformation and suspension and the material manifestation of fluid physical states. Kneebone has stated that her work is 'concerned with inhabiting the body, what it is to be alive in the world'. Kneebone began working in porcelain around 2002, initially drawn to it for its bone whiteness which is nascent and neutral in feel. Pushing the material beyond its boundaries – and long historical traditions – she works her 'clay body' to maximise its organic response, developing a symbiotic relationship to the medium that involves chance and the loss of overall control. This creative exchange, between artist and material and between the decisive acts of modelling and the unexpected results of the kiln, allows for a dynamic sense of movement in her sculptures where cracks and fissures – and occasional collapse – physically registers the passage of time. Occupying a near-subliminal space, Kneebone's sculptures can oscillate between the conscious and the subconscious, the real and the imagined, everything and nothing. Densely worked, intricate forms emerge from undulating masses of clay; recumbent limbs stretch out into surrounding space and floral forms, spheres and ribbons interweave and conjoin together. Covered with a clear gloss glaze, light moves across their surfaces, creating dark areas of shadow and highlighting their tension of positive and negative form, motion and calm.