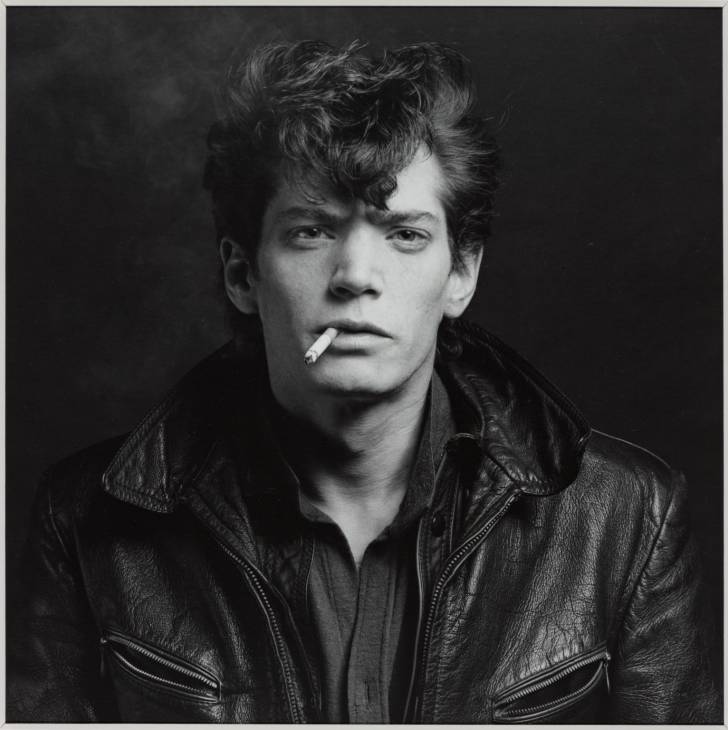 Robert Mapplethorpe is one of the most groundbreaking photographers of the 20th century, who not only tested the boundaries of his medium but created images that captured the essence of the cultural landscape of his time. His prodigious and powerful body of work consists of editioned, large-format photographic prints that simultaneously adhere to and challenge classical aesthetics, while reinventing the traditional genres of portraiture, the still life and the nude. Born into a strict Catholic family in Queens, New York, Mapplethorpe attended the Pratt Institute in Brooklyn from 1963-69, where he studied painting, sculpture and graphic design. During his formative early years, Mapplethorpe worked across media, producing numerous drawings, collages and three-dimensional objects. He began taking Polaroids in 1971 and progressively incorporated photography, along with clippings from books and magazines, into his sculptural assemblages. His first solo exhibition was Polaroids (Light Gallery, New York, 1973). He only began working exclusively with photography from the mid-1970s, when he was given a Hasselblad 500 camera by curator and collector Sam Wagstaff, who was also his mentor and lover. In 1988, a year before his untimely death from AIDS, Mapplethorpe's work was shown in four important exhibitions at the Stedelijk Museum, Amsterdam; Whitney Museum of American Art, New York; Institute of Contemporary Art at the University of Pennsylvania, Philadelphia; and the National Portrait Gallery, London. Recent solo exhibitions have been hosted at the Solomon R. Guggenheim Museum, New York (2019); Museo Madre, Naples (2018); Kunsthal Rotterdam (2017); Los Angeles County Museum of Art (2016); ARoS Aarhus Art Museum, Denmark (2016); Tate Modern, London (2014); and the Musée Rodin, Paris (2014). Beyond the art historical and social significance of his work, his legacy lives on through the work of the Robert Mapplethorpe Foundation, which he established in 1988 to promote photography, support museums that exhibit photographic art and fund medical research in the fight against HIV and AIDS.